Hep is the ancient Egyptian (Kemetian) word for solstice or turning.

Nen is Kemetian for Winter Solstice, or inactivity.

They are here used together as an acronym for Holliday for Every Person & New Era Nativity, to represent an alignment of stars that counts down and points to the annual rebirth of the sun, the actual new year on Dec 25. The symbol of this alignment (also called nen) is a mushroom shape. Oriontation is a 10 point description of this amazing alignment.

1. High visibility. Orion’s belt is the best known, most recognized constellation around the world. Three stars closely aligned in a row, so clear that it can’t be missed. In Egypt it was The staff of Osiris, in the East, in Arabic the string or girdle of pearls. It demands attention.

2. A string of pearls on Gaia’s belt. 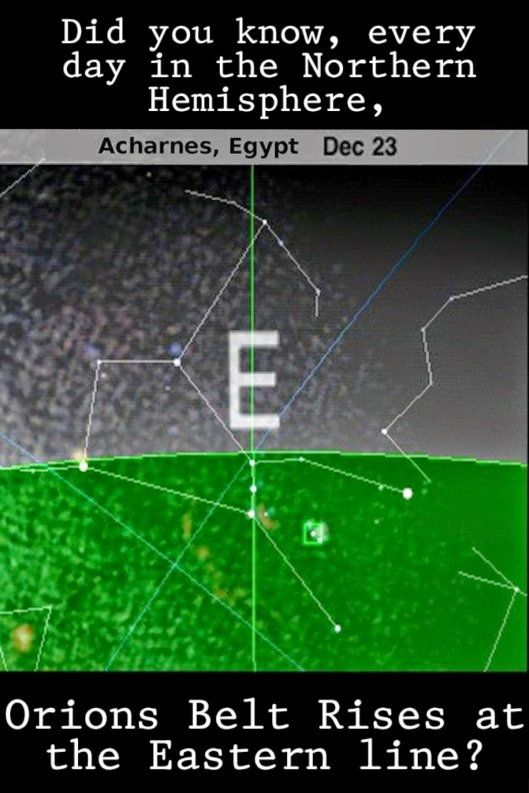 3. The #3 & Symbolism coincidence. We use variations of the same symbol to represent the number (3) of these stars, for East (E) and for West (W).

4. An i in the sky. Incidentally the Staff of Osiris aligns with the Brightest fixed star in the sky, Sirius, the dog star. Put a dot above a staff and we have an i (eye) in the sky.

5. Sirius Yin Yang Dualism on a Double Helix. Sirius is actually two stars (binary system). One massive and bright, another a dim dwarf. As binary stars orbit eachother and travel through the galaxy, their paths create a double helix pattern and they can exchange mass, light becomes dark and dark becomes light.

Even among Christians, it is well known that Jesus would t been orn n Dec 25th. Astrotheologists say that Jesus’ nativity is a metaphor for the winter solstice. They pair Orion’s belt up with with the Three Kings, Sirius with the Star of Bethlehem and Jesus birth, along with his death and resurrection, with the rebirth of the Sun after its three day limbo (rising in the same place for 3 days from Dec 21st) on the horizon and moving northward for the first time of the year on Dec 25th (Actual New Years day.)

7. The Ark’s Possession, The Door.

Following through Sirius from Orion’s belt we come to Argo, the Ark (ship) in the sky. Specifically a star called Tureis on the tip of the stern of this ship is most directly in line. Tureis means possession in Arabic. Its Greek name is Aspis meaning shield, the long shields of the Romans were called Thureos (¿Tureis?), meaning door. Many cultures from all periods have regarded the winter solstice as a gateway to and from the other world(s).

8. The Opening Of NEN’s Gate To The After Life. Durring the Winter Solstice the Sun and Tureis POSSESS the same path (-23.5°) through the sky, rising and setting in the same places on the horizon for about 30 days. Around the world myths have made alegory of the winter solstice with a portal to the other side. 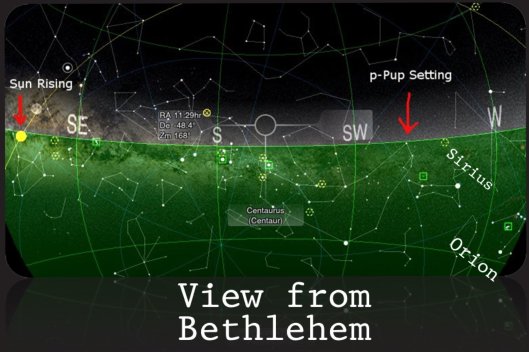 9. Lock & Key While the Sun is rising, Tureis is setting. They are synced to perfection, POSSESSING the rise and set locations on the horizon at the same time.

10. T Minus 3 to New Year’s rising. By chronological order and count of stars, 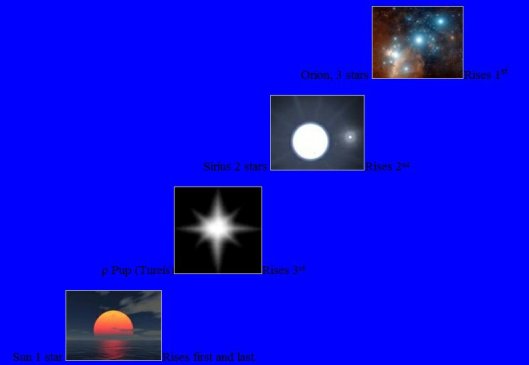 Its a cellestial countdown, written in stars, pointing to the actual new year.

If the worlds cultures can find awe in commonly tangible aspects of nature -such as in this alignment- to celebrate, maybe we can peacefully become a global community from the ground up.

Like, share and create your own unique celebration. Lets start celebrating this real and amazing event in ways anyone can appreciate. A New Year solstice for all witing eyes to see.

DARKNESS IS LIGHTER THAN LIGHT.

I’M GOING TO TELL YOU THE TRUTH.